In today’s Project Spotlight, we’re having a look at Ryan Laxton’s research from the 2016 Winter term.

Laxton’s work set out to explore the connection between Latin America and the Niagara Region through wine culture and industry. The connections he saw in this field were that both localities have an impact on the global wine industry, with Niagara being known as a wine region, while Latin America is known for its many unique wines, and ideal growing conditions. Both regions started off being viewed with less respect in the global wine industry, and known for cheaper, low-quality wines. Laxton observes their respective evolutions — Niagara coming to be known for its ice wines, and Latin America (specifically Chile and Argentina) coming to be known for their rarer red varieties, with Chile’s Carmenere having been thought of as extinct until recently rediscovered.

To facilitate his research, Laxton visited local Niagara archives and vineyards, interviewed people in the industry, and drove through wine country! The poster below highlights Laxton’s research and experiences through his project. 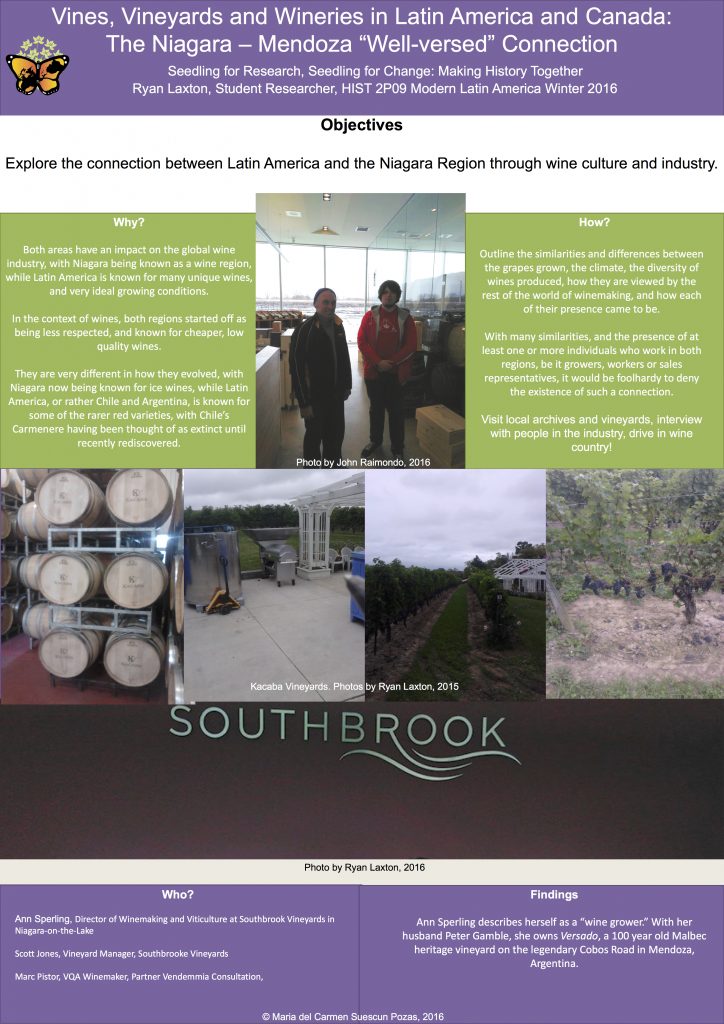 What do you think of Laxton’s work? Are you inspired to explore the local and international wine industry for yourself? What about the connections between other such industries? Let us know your thoughts in the comments!