Today’s Project Spotlight features Seed Student Researcher Chris Mcgivern’s Winter 2016 project, “Thinking the Panama Canal (1903 – 1914) and Welland Canal (1824 – 1932) Together in History”, the objective of which is to establish a connection between the construction of the Panama and Welland Canals, and their effects on the local inhabitants in each case.

Both canals were incredible undertakings in their respective areas of the world which had lasting cultural and geographical impact on their localities, such that information on both canals are plentiful in museums and archives, both facilitating and validating Mcgivern’s research. While no direct connections could be found between the two canals (example: no one person ever worked on both canals), many core similarities and parallels came to light through investigating them, such as the economic/trade motivations for their constructions, and the fact that both canals were created with the same kinds of technology. The connection between these two canals, each created around the same time period, is a fundamentally human one. 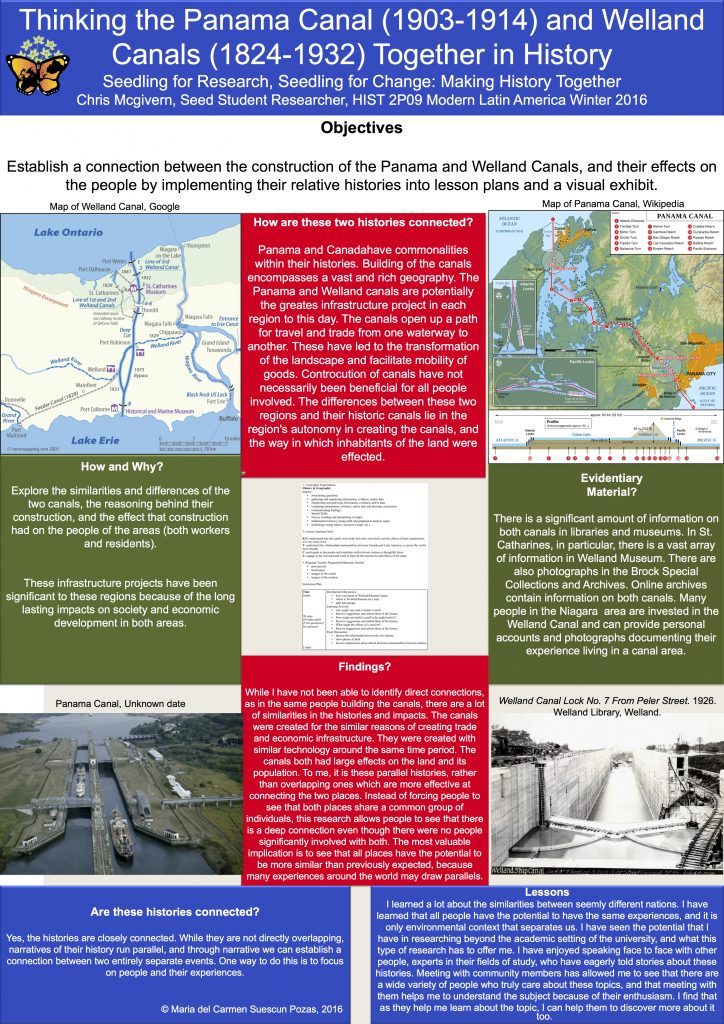 Did you learn anything interesting from Mcgivern’s research? What other connections or parallels can you think of between these two canals? Can you relate them to any other, similar canals in the world, perhaps even built around the same period in time? Let us know your thoughts in the comments.