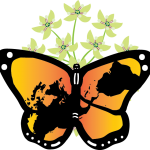 The Grand Opening Celebration for the seedlingforchangeinhistory website. Join us!

Dr. Suescun Pozas will be giving her talk, “The First World War and Latin America from a Canadian Perspective”, as part of the Niagara and the Great Wars Speaker Series at the Welland Museum.

The Student Life & Community Experience department, in collaboration with Brock University Students’ Union (BUSU), will be hosting the annual Brock Cares Day of Service on Saturday, September 9th, 2017 which is at the culmination of Orientation-Week. During the Brock Cares Day of Service, volunteers spend the day in the community volunteering at various community organizations in Niagara. […]

Following the Brock Cares Day event, we are hosting our annual VolunteerFESTon Wednesday September 13th, 2017 at Brock University from 10am – 2pm. In previous years, community partners have been very successful in recruiting volunteers as well as sharing information about their programs and services to students, faculty and staff.

Thursday, September 14th Major Alan Woolley Peacekeeping in conflicts around the world Major Woolley, a resident of Fort Erie, speaks on his peacekeeping experiences. He is currently serving as a civilian cease-fire monitor in the conflict region of the Ukraine

Water in Motion,Unity in Action Mobile Murals   Invitation to participate in two activities each comprising building and painting a large scale mobile mural. We are inviting children, youth, and adults to reconnect and reflect on peace and the Niagara River and its watershed as diverse ecosystems through play and story-telling in several languages.   […]